You can now have Potten End Weather on your iPhone/iPad as a Web App.


A Web App is a web page that runs
in full screen mode on your iPhone/iPad.

1. On your iPhone, visit this link:

On your iPad, visit this link:

2.  Click on the highlighted icon at the bottom of the screen:

3. Click on the highlighted icon to add it to your "Home Screen": 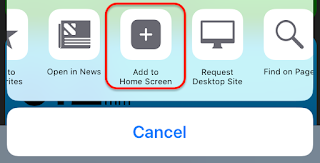 And now you can find out what the weather is like in Potten End wherever you have network access!

Please note that the app is likely to be updated on a regular basis.
at 15:07

This article originally appeared in the Potten End Newsletter, October 2014.

““Life is not about waiting for the storms to pass.
It’s about learning how to dance in the rain.”
― Vivian Greene

About a year ago I wrote a short article about lightning. Since then, after much research I found that I’d barely scraped the surface of the subject. Indeed, some of the results of research in to lightning had not been published when that article was written.

Lightning is not distributed evenly around the planet. About 70% of lightning occurs over land in the tropics where the temperature difference and lack of stability within the atmosphere is greatest.

There are three primary types of lightning that we’re all fairly familiar with: from a cloud to itself (intra-cloud or IC); from one cloud to another cloud (CC) and between a cloud and the ground (CG). IC and CC are more common types of lightning, but CG is the most studied and understood.

There are a number of more rare and elusive types of lightning that are all fascinating in their own right.

Not all lightning is visible. Sometimes, extremely intense bursts of energy are produced high up in a thundercloud. These bursts of energy are called Terrestrial Gamma-ray Flashes or TGFs. These TGFs are millions of times more powerful than normal visible lightning. TGFs were first discovered in 1991 and only properly observed in 2009. Their precise relationship to visible lightning remains a subject of ongoing scientific study. Fortunately the gamma rays are directed out in to space and don’t pose any problems to people on the surface of the planet.

ELVES appear above thunderstorms as a very brief dull flattened disk of dim light around 250 miles in diameter at an altitude of over 60 miles. They were first recorded from the space shuttle orbiter Discovery in 1990. ELVES is an amusingly tortuous acronym for Emissions of Light and Very Low Frequency Perturbations due to Electromagnetic Pulse Sources.

Sprites are large scale electrical discharges that are red in colour and appear above a thundercloud at altitudes between 30 and 60 miles. Sprites were named after the rascally sprite Puck in William Shakespeare’s A Midsummer Night’s Dream.

Blue Jets are a type of sprite that appear from the top of a thundercloud and project up to 25-30 miles above the earth in a conical shape. They were first recorded from a space shuttle orbiter Atlantis in October 1989 as it passed over Australia. They are far rarer than sprites and do not appear to be triggered by a lightning strike. By 2007, less than 100 images of Blue Jets existed, the majority of which came from a single thunderstorm.

September marked the beginning of the meteorological autumn and, barring an Indian Summer, we can expect to fully notice the autumnal weather in October with shorter days, longer nights and a distinct chill and dampness creeping in. On average we can expect to see daytime high temperatures between 7.5ºC and 15ºC though we have seen a high of 25.3ºC in 2011.

I would like to dedicate this to the memory of friend and neighbour Peter Griffiths who  inspired and motivated me to write this series of articles on weather. He will be greatly missed.

This article originally appeared in the Potten End Newsletter, May 2014.

“Water and air,
the two essential fluids on which all life depends,
have become global garbage cans.”
― Jacques-Yves Cousteau

In early April much of the country experienced periods of very high levels of air pollution caused, in part, by Saharan dust.

Storms in the Sahara whipped up a large amount of sand and dust into the upper atmosphere. Saharan dust settling in the UK is nothing unusual and can happen several times a year. Winds of around 20mph are required to lift sand into the atmosphere, and the Sahara had been experiencing wind storms in excess of 40mph at the time.

Normally the sand and dust settles in the countries of Southern Europe. In April however, winds from the south and east combined the sand and dust with industrial pollution from Europe. Our weather at the time was stable and calm which meant that the pollution gathered over the UK and was not dispersed.

According to The Department for Environment, Food and Rural Affairs (Defra), certain areas reached 10 out of 10 – or “very high” – on its air cleanliness scale for a few days.

When levels reach 7 to 9 on Defra’s scale, adults and children with lung problems and adults with heart problems are advised to reduce exertion.

When pollution levels reach 10, the general population is told to “reduce physical exertion, particularly outdoors, especially if you experience symptoms such as sore eyes, cough or sore throat”.
The deposit of fine Saharan sand on cars and buildings was just one visible effect of the event. The air was visibly hazy with some reporting a distinctly blue tinge to it. This resulted in some incredible sunsets.

Fortunately the event passed after a few days when wind and rain helped to disperse the pollution and remove the sand and dust from the air.

Recent studies suggest that air pollution can have wide-ranging effects on the weather. Parts of China and Asia have the highest levels of air pollution in the world and researchers have found that, especially during winter, these pollutants strengthen storms above the Pacific Ocean, which in turn feed into weather systems in other parts of the world.

The effects can be quite dramatic with the pollution causing thicker and taller clouds leading to heavier precipitation.
at 00:00

This article originally appeared in the Potten End Newsletter, April 2014.

Conquering the world on horseback is easy;
it is dismounting and governing that is hard.
– Genghis Khan

Recent reports suggest that Genghis Khan’s incredibly successful advance through Mongolia may have been helped by the mild, wet winters after a significant dry spell.

Scientists studying a 1,112 year tree ring record show that there was a fifteen year period of persistent moisture which was unprecedented in the previous 1,000 years.

This could have led to a rapid rate of growth of grassland which provided significant fodder for his war horses and favoured the formation of Mongol political and military power.

One other equally speculative consideration of a mild winter like the one we’ve just experienced is how insects, be they pest or delight, will fare. Common wisdom suggests that harsh winters decimate the insect population. But, to paraphrase a recent scientific study: “it depends”.

Insects relay on a huge number of strategies to survive the winter and it is more dependent on the availability of food than the actual minimum temperatures. It is thought that a mild winter can be more detrimental to the insect population than a harsh winter. During a mild winter, the hibernating insects may emerge earlier only to find that flowers have not developed sufficiently to provide them with enough food to sustain them and they will starve to death.

Soil moisture is another factor affecting insect survival. A damp mild winter may encourage the growth of fungal pathogens that kill insects. On the other hand, a dry winter may cause insects to dry out and die. Some insects are better than others at preventing water loss and may thrive in drier conditions.

Diseases, predators and parasites that have strong effects on insect populations are all affected by the weather in some way. And there is always the timing of reproduction when spring arrives and the local weather conditions at the time which will have more effect than any over-wintering issues the insects may have experienced.

So, as you can see, simply predicting insect populations from the type of winter we’ve experienced is about as straight forward and reliable as predicting the summer’s weather in March!

As I write this article, we’re experiencing some nice warm dry weather. It’s the first prolonged dry spell for England since the start of December. The aquifers and reservoirs are full to the brim (possibly the fullest they’ve ever been) and we’re almost certainly not going to experience a hosepipe ban this year and possibly next year which is good news for gardeners and car-washers alike.

Let’s hope the dry spell lasts long enough to enable those who have been flooded out to rebuild their lives and return to some sort of normality more quickly.

The temperature, wind, rain and many other weather measurements can be monitored live on the Potten End Weather web site.

This article originally appeared in the Potten End Newsletter, March 2014.

The country has been battered by fierce storms over the last few weeks. And as I write, despite it being a beautifully sunny day, there seems to be no end in sight. We have experienced the wettest December to January period since records began.

The latest theory is that our bad weather is a result of higher than normal temperatures in Indonesia and the tropical West Pacific. This has caused increased rainfall in that region and has caused major changes to the Pacific jet stream which, when linked to the unusually strong North Atlantic jet stream, has caused exceptionally bad weather both sides of the Atlantic.

As I have discussed before (Newsletter Article, October 2013), the highly variable nature of the British climate does not help when trying to link these extreme weather events with global warming. The Met Office say there is “… no definitive answer on the possible contribution of climate change to the recent storminess …”. They then go on to say that the increase in the intensity of daily rainfall rates is consistent with what is expected from a warming world.

Going back a few years in the Potten End Weather Archives, I’ve counted up the number of rain-free days we get in the months from November to February.
We can see that so far this year January and February have been exceptionally rainy with only a small number of days where rain has not fallen. It is difficult to find any other increasing or diminishing trend in the table. But the sample size is very small compared to the data that the Met Office works with.

When I started out saying there was “no end in sight” to the current poor weather, that really refers to the more accurate five-day weather forecast at the time of writing. The longer range forecasts show that while the weather may remain unsettled in to the middle of March, we should be expecting longer spells of drier weather with temperatures slightly above the seasonal average. Whether that will be enough to bring relief to the flooded areas of the UK remains to be seen. I sincerely hope it will.

The wind, rain and many other weather measurements can be monitored live on the Potten End Weather web site.
at 00:00

The article from the December 2013/January 2014 Pottten End Newsletter can be found here in a slightly modified form.


“It always rains on tents. Rainstorms will travel thousands of miles,
against prevailing winds for the opportunity to rain on a tent.”
– Dave Barry


Annual climate for Potten End, based on live data, is available here: